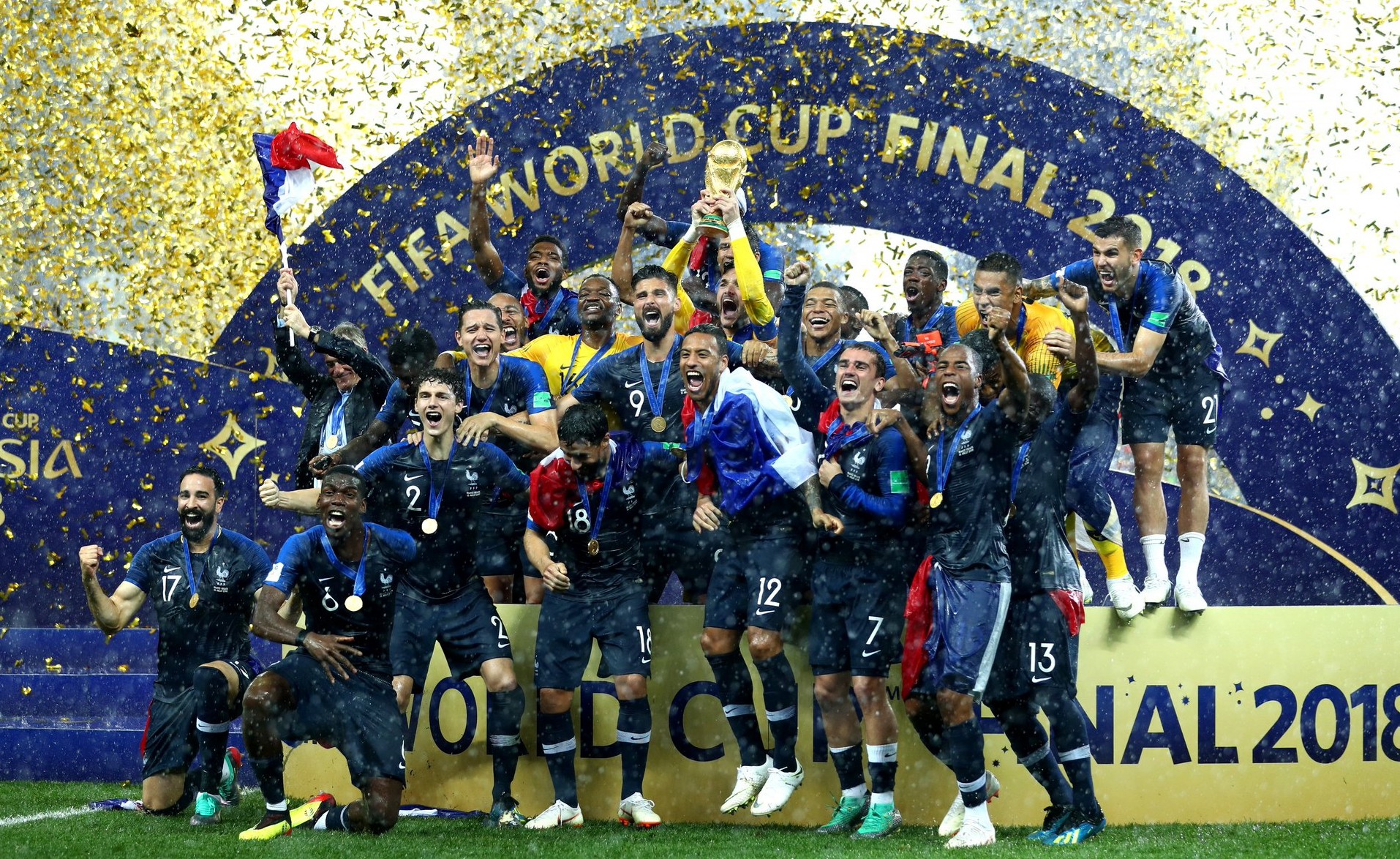 French youth win second World Cup History is not created in Croatia. Russia did not come with the golden generation to win the World Cup title. France won the World Cup 4-2, losing the Krewaat again won the World Cup. After 20 years, they excited the title. France became the first World Cup champion in 1998. Now win their second title. However, in 2006 Germany went to the finals of the World Cup, losing to Italy, they lost the title. Now it has not happened, they have won the title of the golden generation of Croatia by winning a big margin. France scored a 1-0 lead in the 18th minute of the match. Out of the box, Aton Gryzman's excellent free-wheel was trapped in his net when he was trapped in the ball by Mario Mandzuukich. His head touches the net and the ball goes away. In a short span, the goal was scored by Croatia (1-1). After just 10 minutes, Ian Perecich returned to the team with an excellent goal. When he entered the box, he found a nice balling ball address. France again (2-1) in the 38th minute. The goal of the penalty doubles with the penalty shot by Atan Grizman If the ball is hit by Croatia defender Percik in the box, then referee penalty flute is played. Paul Pogba scored the third goal for France. The French midfielder scored in the 59th minute in front of the box in a sudden shot. Six minutes later, the team's span was bigger (4-1). He hit a ball from midfield and hit a shot in the shot. In the 69th minute, Mario Mandzukich scored the second goal for Croatia (2-4) to reduce the gap. He got caught in the net with the ball from the French goalkeeper. Although Mandzukic's goal was reduced a bit, the Krewaat rate did not stop. So they have to be satisfied with the runners up in the final for the first time. Croatia played great role in the whole game, but did not go further with the youth-based France. However, it can not be said that they played bad in the final. But France's tactics near football.