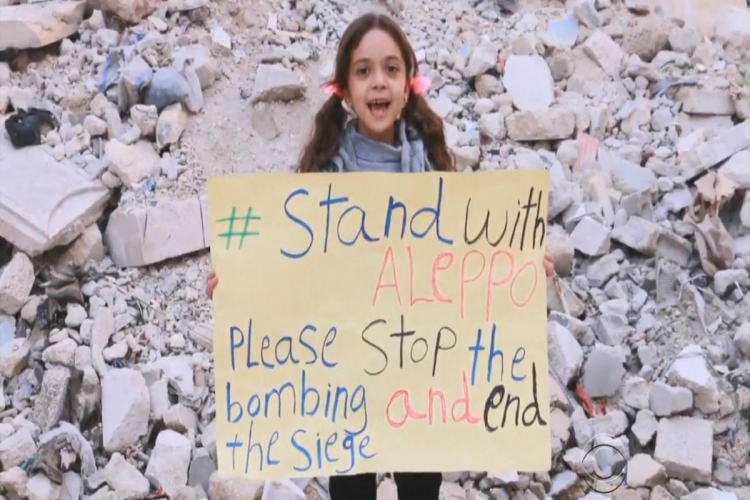 People everywhere from all walks of life are working together to achieve gender equality. But it takes more – it takes you. Choose an issue to explore, learn more, and get involved.

Education is not only a human right, it’s also the most effective way to grow economies, create healthy communities, and eliminate inequality. HeForShe believes that every child has the right to an education – it empowers us all.

For too many of us, classrooms are where we learn our first hard lessons about gender bias. Here are a few ways to help turn your school into an engine of opportunity for every student.

Chemical bombings in Syria have once again put innocent children’s lives at grave risk. Save the Children’s dedicated partners are on the ground inside Eastern Ghouta, delivering lifesaving emergency aid to help children and their families.

“The children of Eastern Ghouta have already suffered through five years of siege and violence. They have been denied education, food, healthcare and forced to live in basements for months on end to shelter from attacks. Now, as thousands of people flee their homes, those who have survived the bombardment face an uncertain future." Save the Children’s Syria Response Director, Sonia Khush.

Syria: By the numbers. It's one thing to see the statistics. After 7 years of war, Syria is now the #1 most dangerous country to be a child. Not only that, but grave child rights violations continue. That means killing, maiming, sexual violence, abduction, recruitment into combat, attacks on schools and hospitals, and denial of humanitarian access. In fact, some 5.3 million Syrian children need our help right now.

Syria: In their words. It's quite another to hear Syria's children express the realities of war in their own words. "There is no food and we can't go outside. the planes are bombing," says a terrified child. "One of my friends died in front of me - and I saw the blood," cries another. According to a young boy in besieged Eastern Ghouta, "It feels like the end of the world."

By any account, Syria's 7-year war is re-defining childhood.

1. Syria is the most dangerous place to be a child - of all conflicted-affected countries in the world.

2. Children suffer all 6 "grave violations" - against children in conflict, as defined by the UN.

Thanks to generous supporters like you, Save the Children has worked in Syria and throughout the Middle East for decades. Since 2012, we've led a large, complex response to the war in Syria, reaching children and families in besieged areas, as well as in refugee camps and host communities.

Inside Syria, we're on the ground, ensuring children are safe, cared for and learning. We're providing lifesaving services and supplies. We're tending to children's physical and psychological needs. And we're setting up safe places for children in crisis to learn and play, critical for child development. Despite extreme humanitarian challenges, we've helped 2.5 million people in Syria, including 1.7 million children.

We're also working to draw the world's attention to this crisis, ensuring children's voices are heard and their issues given urgent priority, as we continue to call for immediate humanitarian access and a peaceful resolution to this conflict.

Save the Children is doing whatever it takes to end this war on childhood - so Syria's children have a future.