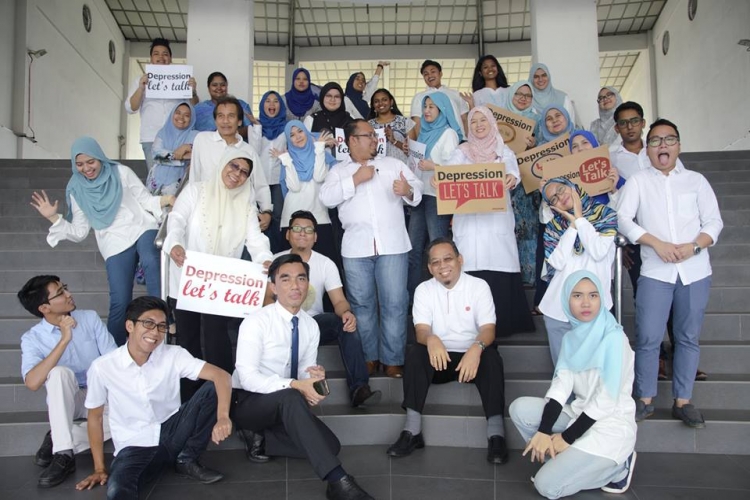 The theme of 2017 World Health Day campaign is depression. Depression affects people of all ages, from all walks of life, in all countries. It causes mental anguish and impacts on people’s ability to carry out even the simplest everyday tasks, with sometimes devastating consequences for relationships with family and friends and the ability to earn a living. At worst, depression can lead to suicide, now the second leading cause of death among 15-29-year olds.

Nearly 30 crore people across the world are suffering from depression, while the rate of such a mental disorder among the adults in Bangladesh is 4.6 per cent, Health and Family Welfare Minister Mohammad Nasim revealed the information today based on a survey report.

‘Around 30 crore people in the world are suffering from depression ... the number of mentally-depressed people are varied from 3 to 17 in countries while in Bangladesh 4.6 per cent adults are mentally depressed,’ he said quoting the survey report compiled by the World Health Organisation (WHO) and the National Institute of Mental Health, reports BSS.

The health minister disclosed the survey in a press conference ahead of the World Health Day-2017 on April 7 in the ministry conference room here this afternoon.

Quoting the survey findings, Nasim said in most of the cases, the symptom of depression is first noticed at the age between 30 to 40 years.

The survey said the risk of depression is more among the people aged between 15 and 18 and above 60 years.

Pro-longed illness, poverty, unemployment, loneliness, family and relationship problem, divorce, physical and mental torture, living abroad, migration and drug addiction, during pregnancy and post-delivery period have been identified as the root cause of the mental depression.

The WHO survey showed that around 3,000 people commit suicide every day across the world which accounts 11 lakh in a year and most of the suicide cases are depression related.

As the disease burden, the place of depression in the present world is third.

At the national level, the inaugural programme of the World Health Day will be held at Osmani Memorial Auditorium in the capital at 10:30 am on March 7.

The day will also be observed in other districts and upazilas across the country through different programmes.