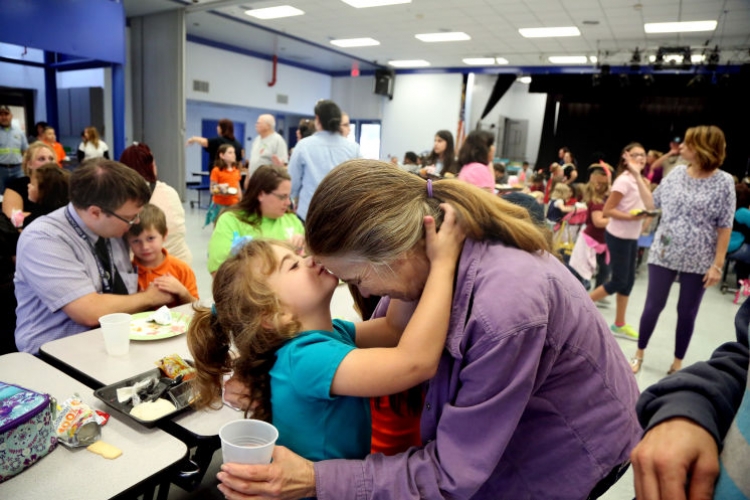 From the February 2016 issue of The Rotarian

Growing up on his family's farm in Lusaka, Zambia, Muyatwa Sitali understood the power of water in his own life. His father grew corn, cabbage, and other crops, all of which depended on rainfall and irrigation. But it wasn't until Sitali began his Rotary Peace Fellowship that he came to realize the profound and far-reaching need for clean water globally.

He was doing fieldwork in Niger when he spotted a young boy making his way across a busy highway with a bucket of water on his head. “He did this every day with a smile on his face,” Sitali recalls. “He reminded me of myself as a boy, to be honest. He knew the water was desperately needed at home. But I kept thinking about what this job was taking away from him – the chance to go to school.”

Sitali chatted briefly with the boy, then watched him disappear into a wealthy neighborhood that was on his route home.

“I knew the people inside those big houses had running water, and I was struck by this contrast of opulence and poverty,” he says. “I could see that the solution was possible, even here. It was an issue of who got access.”

The more Sitali studied developing regions, the more convinced he became that water held the key to economic empowerment and, ultimately, peace.

He saw how many girls refused to attend schools with no running water or toilet, and how disease ravaged communities lacking proper sanitation. “We think of development as being about economic aid or education. But you cannot have these things without the basics. And nothing is more basic than water.”

In regions undergoing reconstruction in the wake of mass violence, he saw how access to water – or the lack thereof – triggered tribal or religious conflicts. Rival factions would use water as a weapon, by blowing up a pipe, for instance.

“Too often, the cause of the conflict was the result of inequality,” Sitali notes. “Providing water and sanitation may not guarantee peace, but it reduces the chance of grievance that leads to armed conflicts.”

After his fellowship ended, Sitali was a consultant for the World Bank and, now, for UNICEF. He has teamed up with Rotarians to provide basic resources to communities recovering from violence. But the most profound impact of the fellowship, he says, has been the vast network of fellows he calls upon for help. “We’re like this big army of peace soldiers, so to speak. If I have to do work in Latin America, for instance, I know I can look at a list of peace fellows and pick up the phone and I immediately have a starting point in that country. It’s been a tremendous gift.”

Rotary fosters understanding across cultures. We train adults and young leaders to prevent and mediate conflict and help refugees who have fled dangerous areas.

Conflict and violence displace millions of people each year. Half of those killed in conflict are children, and 90 percent are civilians.

We refuse to accept conflict as a way of life.

Rotary projects provide training that fosters understanding and provides communities with the skills to resolve conflicts.

Through our service projects, peace fellowships, and scholarships, our members are taking action to address the underlying causes of conflict, including poverty, inequality, ethnic tension, lack of access to education, and unequal distribution of resources.